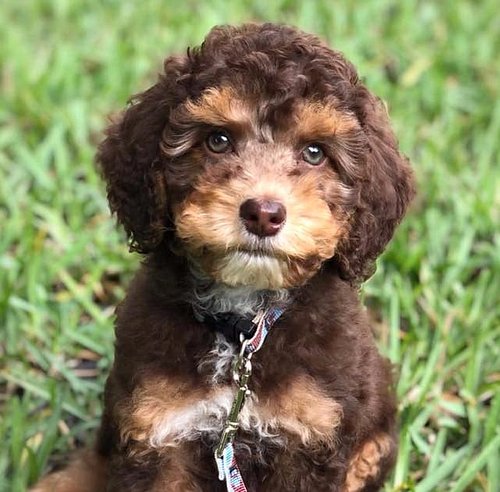 Clear Water Hazelnut Mochaccino at JoaLins, also known as Nole, is a chocolate phantom Australian Labradoodle.  He is a mini in size – we expect that he will get no bigger than 20 pounds at the most as an adult. He is cool, calm, and collected and nothing seems to rattle him. According to our trainer, Nole’s temperament is mellow, confident, and smart and he is as sweet as can be! Nole is living at one of our guardian homes nearby.

We are excited about the possibilities that Nole brings to JoaLins and we look forward to having future phantom puppies from Nole that have Nole’s fabulous temperament. As with all of our multi-generational Australian labradoodles, Nole is non-shedding and allergy friendly.